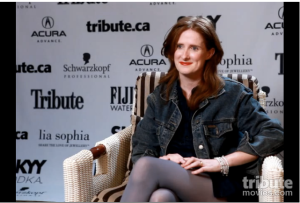 I’m a director living and working between Los Angeles and Australia.

My recent feature BACK OF THE NET staring Disney’s Sofia Wylie will released on cinema screens across Australia in 2019 and on Disney Channel in the USA. We will be announcing more details for the rest of the world soon.

Some reviews for Back of the Net:

“funny, clever, and completely believable…Director Louise Alston manages to bring the necessary spark to (the) script, giving it the warmth that every feel good movie should have” – The Curb *****

“..a delightful break from the everyday” – The Australian ****

A graduate of the Australian national film school (AFTRS) and the UCLA professional program, I have recently completed my PHD studies. I also have extensive experience in theatre including directing the world premiere and touring productions of Sidekicks (2012, 2013).

My work is typically fun, smart and gutsy.

Reviews for All My Friends are Leaving Brisbane:

“Stock up on corn chips and tequila slammers”- Rosalie Higson, The Australian

“This is a bright, sassy feel good film, and sure to become a sleepover classic for the middle school set.“ shedoesthecity.com